Included in the FULL & STUDENT REGISTRATION FEE, extra-tickets for accompanying people can be bought on the conference registration system (80 euro)

The Gala Dinner will take place at the Palazzo dei Musei (Museum Palace), which was built in 1764 by the order of Duke Francesco III d'Este. He wanted to reunite the religious foundations of the city of Modena in Piazza Sant'Agostino into a "Grande Albergo dei Poveri" (Hostel for the poor) in which to welcome them. This operation was understood in a more general policy of social reform and renewal to cope with the numerous problems of public order and rehabilitation of the city, as already happened in 1753 with the construction of the Great Hospital facing the same square.

The first nucleus of the "Albergo dei Poveri", designed by the Modenese architect Pietro Termanini, was created in the liberated spaces of the Arsenale Estense, followed by those of the Convent of the Augustinians and the adjoining church. The aims of the new construction, which ended in 1771, were both assistance and education, providing for the sustenance of the dispossessed and their employment. In 1788 the Duke Ercole III d'Este, successor to Francesco III, transformed the "Grande Albergo" into "Albergo delle Arti" (Hostel of Arts). Over the years the building experienced seasons of changes and transformations: from the suspension of subsidies to the indigents who worked there following the arrival of the Napoleonic troops, to the place of military residence of Este officers, then to the seat of the Provincial Hospitality.

After the Unification of Italy, the desire to bring together the various cultural and conservative institutes of the city within the Hotel of Arts led to the signing of the first stipulation (1868 in Florence) between the Italian Government and Archduke Francis V d'Este to put the Este Museum in it, so as to sell the Palazzo Ducale to the Military School. In 1881 the building was then purchased by the City of Modena, which placed the Civic Library of Art Poletti, the Municipal Archive and the Civic Museum.

The Gala Dinner will be organized within the Museum, in one of the marvellous inner gardens. A lot of delicious good food and entertainment events will make you enjoy the event! 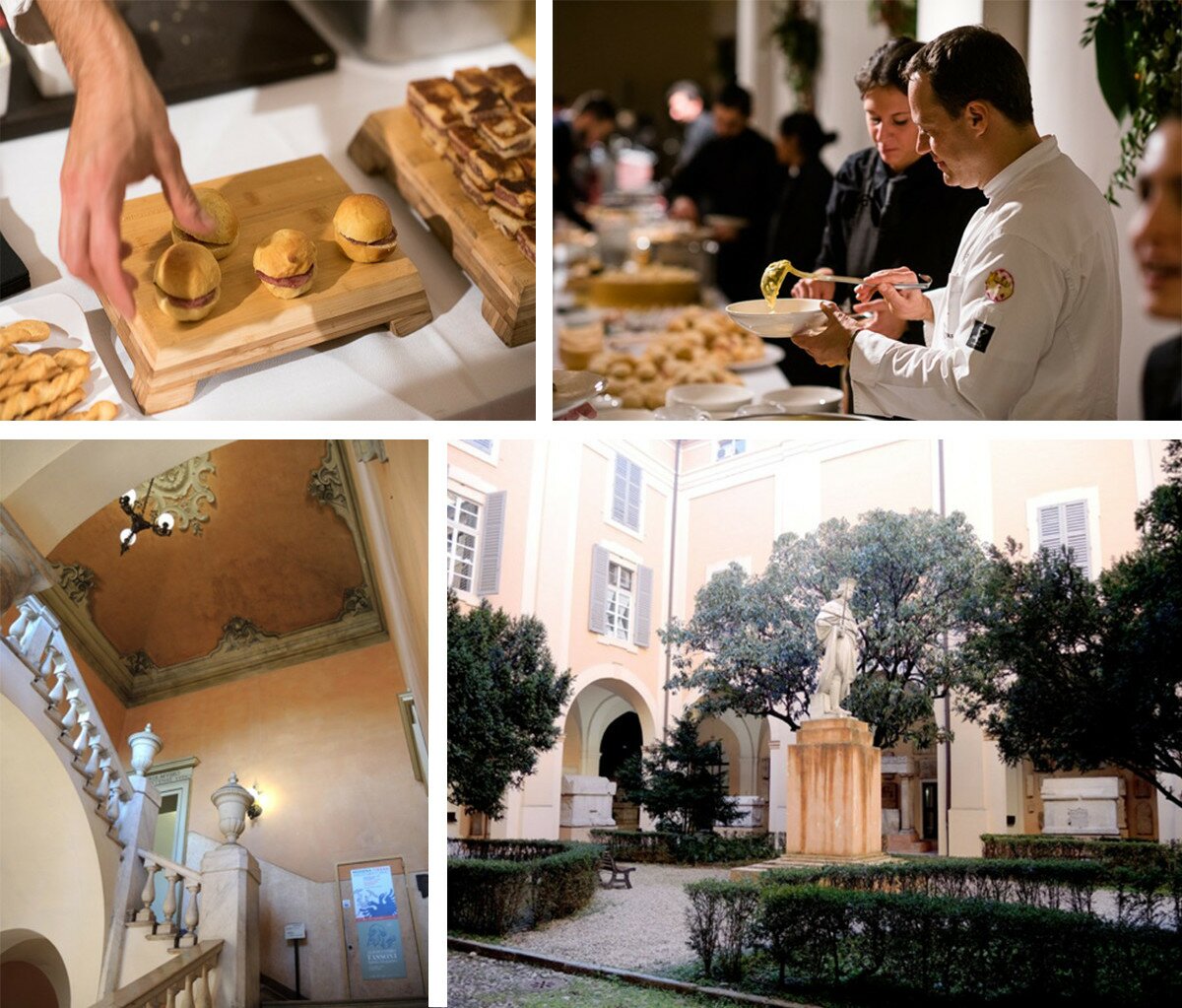 How to get there?

Palazzo dei Musei is located in Largo Porta S. Agostino 337 (at the boundary of the Modena city center, walking distance from all hotels in the downtown and the conference venue). Car parking is available close to the Palace, by paying the ticket.